Founded in 1999 by Rob Stevenson, MU Sailmakers is the first sailmaking company in Mauritius. More than 10 years later, Julien Cervello decides to join him to learn the sailmaker’s work. In 2012, Julien takes over the full management of the company and decides to move the factory to a brand new 500sq.m loft based in Arsenal.

Today, MU Sailmakers counts around ten team members, including Julien and his brother Laurent, who became his right-hand-man.

Julien and Laurent, inherited this passion from their father, Philippe. Since their youngest age, they were brought to tame the sea and the wind, and learnt a lot from their father, a regatta passionate. Julien has been racing with his father since 2003 and won a few national cups. Laurent, is also very often on the water, but in a different category as he exclusively practises the windsurf – where he excels and represents Mauritius Island in some international competitions. Their father Philippe, a.k.a “Capi” (for Captain) has left the Mauritian seas since May 2017 to travel the world aboard his sailboat, Gaïa, a sumptuous 37″ Grand Soleil.

MU Sailmakers was founded almost 20 years ago. The company has now become the number one reference on the island – even at a regional scale in the Indian Ocean, and more precisely among the Mascarene Islands. Today, they offer a large range of services and have learnt to grow with the demand. At the beginning, their activity was exclusively the manufacture of sails, whereas today they offer different products and services such as: cushions, canopies, lazy-bags, trampolines and nets and onboard interventions.

Julien has learnt a lot during his three years assisting Rob Stevenson in his activity. As there was no other way to learn how to become a professional sailmaker, he had to take all he could from his mentor. When this one retired, Julien decided to give a new life to this company by moving to bigger factory than where Rob was established for the past 10 years. They all moved in end of 2015 in a well-designed space to increase their productivity: three built-in sewing units so the floor can be used as a working table plus a 10 meters trench for the cutting unit next to the plotter. Julien also implemented a software system to design the sails before syncing with the plotter for automatic drawing on sailcloth. He has been working very hard to now be able to deliver sails using advanced technologies and materials. Today, the company has a lot of partnerships to represent some important brands of sailing industry in the Indian Ocean – such as the giant Incidence Sails, number one in France.

MU Sailmakers also collaborates with well-known suppliers such as Karver Systems, Bainbridge International in USA, Dimension Polyant in Germany other international brands to supply the sailing community needs in Mauritius.

They are more and more stopping by our beautiful island during the non-cyclonic season looking for repairs on their sails or to replace their old sails. The Yacthies as they are called, sail around the world in their sailing yacht or catamaran. They represent a small percentage of our tourism economy, but we can see this amount growing over the years. Having the proper services to offer them in Mauritius will incite this small sector of activity to grow and fulfil its huge potential.

MU Sailmakers Ltd has hugely contributed to the fact that the Yachties choose to stop to Mauritius instead of La Réunion as there is no sailmaker on the French island.

In addition, we can observe a growing number of boats from La Réunion sailing up to Mauritius only to have a new sail made. 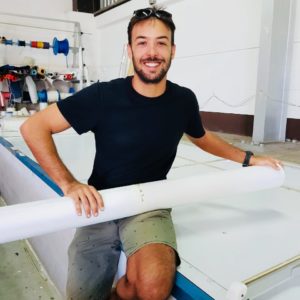 Originally born in Mauritius, Julien grew up learning to sail and race on his father’s… 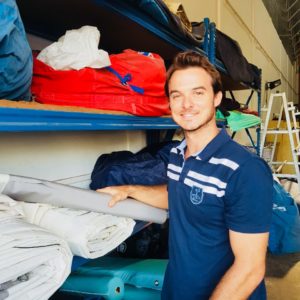 Laurent joined the crew on November 2013. He is the one who runs the factory.… 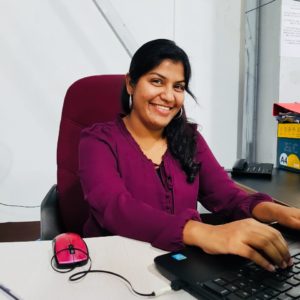 She takes care of all the administration and gives her precious assistance in accounting. She… 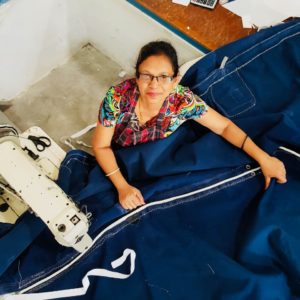 She works at MU Sailmakers since the very beginning, she started with Rob back in… 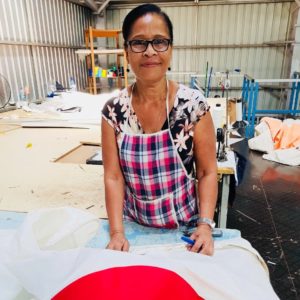 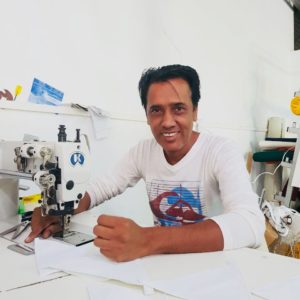 He is probably the best worker in canvas and cushions on the island. He is… 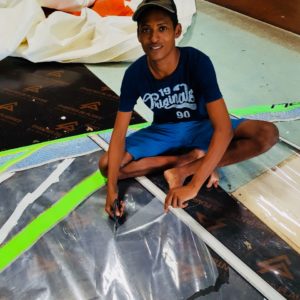 He takes care of the final steps such as putting grommets, installing hardware fittings, hand…

This error message is only visible to WordPress admins